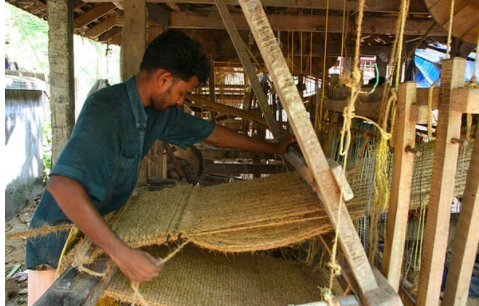 First estimates by the International Labour Organisation (ILO) hint that the Covid 19 pandemic crisis may put over 400 million Indians of the informal workforce at the risk of falling deeper into poverty. The national lockdown did not just throw 72 million out of the labour force it also drove another 85 million to some desperation to look for jobs amid a national lockdown when none were available. This desperation brought to light the anxiety and vulnerability that a nationwide lockdown could offset.

On the other hand, with a sharp increase in the number of COVID19 positive cases in India, we are now racked sixth highest with the 12th highest fatalities in the world, according to statistics from Johns Hopkins University. While India went on lockdown in March of 2020, there were 519 confirmed cases with ten deaths. Now the total numbers have crossed 1,73,000 with 4,971 deaths. On the 31st of May alone there were about 8,000 new cases; a record number for a single-day spike. And while we deal with such alarming numbers and we opened up after 3 months of a lockdown, such recurrences cannot be totally ruled out.

However, Mr Gautam Menon, a professor and researcher on models of infectious diseases stated that “Beyond a point, it’s hard to sustain a lockdown that has gone on for so long – economically, socially and psychologically.” This opinion is shared by global consultant McKinsey, whose report from May said India’s economy must be “managed alongside persistent infection risks”. Since the first level lift was announced in early June, many businesses and workplaces are already open, construction has re-started, markets are crowded, and parks are filling up. Soon, hotels, restaurants, malls, places of worship, schools and colleges will also reopen.

The central government has left it to the states to decide where, how, and to what extent to lift the lockdown as the virus’ progression varies wildly across India. The lockdown has brought about one of the biggest challenges for India with an unemployment rate as high as 24%. The return of the unskilled reverse migrant labourers has to lead to a significant strain on the economy. Livelihoods were lost, and large numbers had to walk miles to get back home in the absence of transport.

For a country like ours with such a large population, the impact has been significant and with the dynamics changing almost over night we are forced to accept the “New Normal”. In the education sector, we have seen schools and colleges move over to online classes overnight. Almost all product-based businesses have had to move to online selling and social distancing has also led to fewer numbers on factory floors. One of the fundamental changes that has taken place is in the logistics industry. With regional-for-regional or local-for-local production being promoted at the national level, the supply chain has become shorter and unpredictable.

“India risks economic hara-kiri [suicide] if lockdown extended for much longer.” is what Anand Mahindra tweeted on the 11 May 2020 further adding on the 25th of May that “Lockdown extensions aren’t just economically disastrous, as I had tweeted earlier, but also create another medical crisis”.

We must take into consideration that the pandemic has been an eye-opening lesson when it comes to our consumption patterns. The pandemic has presented us with an opportunity to build a more ” AATMANIRBHAR” and a sustainable economy. Employment is not only at the forefront of the problems that we are facing, but it is also the problem that needs to be addressed quickly keeping in mind the demographics and skill levels of the BoP communities.

In a scenario like this, the only way forward is to promote socially inclined enterprises and generate employment opportunities. The idea is to promote locally produced using local skills and resources for the glocal market. With almost 94% of the population in the unorganized sector, India thrives on entrepreneurship and this is the perfect time for entrepreneurship to move to the next level. We need to organise the unorganised sector and adapt tested and sustainable business models that have a proven potential to grow. Local economies need to become efficient and work towards scale. This is where social entrepreneurs can provide validated solutions and connect the dots. And while there is a cloud of gloom engulfing the nation, there is a strong ray of hope that offers a dream of bigger opportunities, opens doors to newer perspectives and lights the way to finding solutions to prove once again the resilience of the indomitable human spirit !!