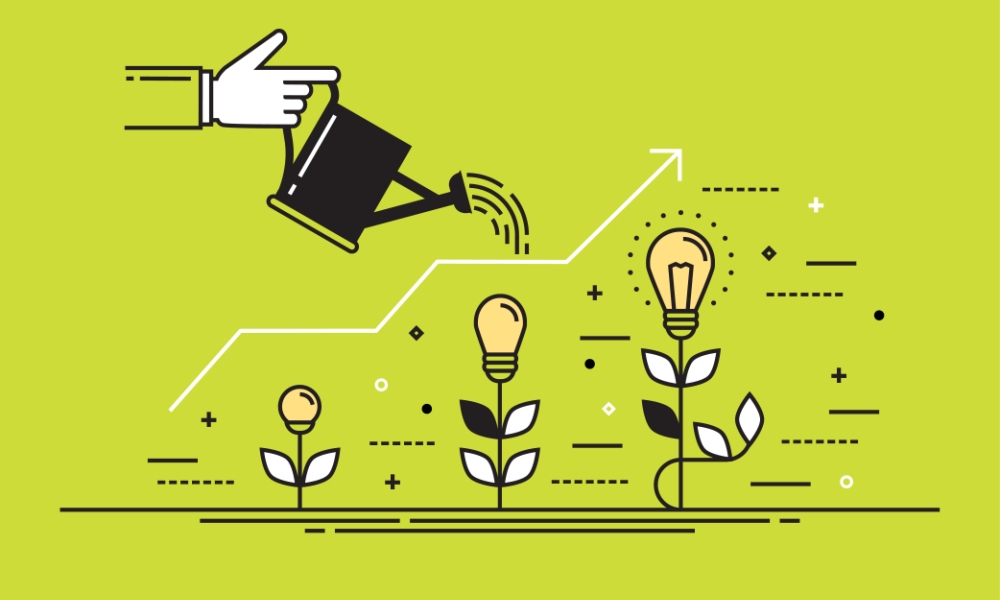 Over the last decade, India has witnessed a dramatic upswing in the growth of startups so much so that it has emerged as a home to the third largest startup ecosystem in the world. The country’s startup landscape is turning into a fertile ground for innovation, introducing breakthrough solutions. Startups with disruptive ideas have been able to seal dominance and emerge as influential players in the market.

In 2019, India added 7 unicorns, taking the total number to 31 today. India’s unicorn club clocked the third largest incremental growth, just after the US and China. The startups have attracted an average of around Rs. 9 billion each year. The growth in the number of startups is also significant. As per a DIPP report (2019), there are 15470+ startups registered under Startup India and over 1,48,897 startup jobs reportedly created by 13,176 recognized startups. This proves the changing outlook of global investors and recognition of the potential of the Indian startups.

The figures are truly impressive and motivating. The key objective of the Startup India movement is to build a robust ecosystem for nurturing innovation and entrepreneurship and transform India into a country of job creators instead of job seekers. This, in turn, is expected to create inclusive socio-economic development of the nation and generate large scale livelihood opportunities. The Action Plan also aims to accelerate spreading of the Startup movement:

a) From digital/ technology sector to a wide array of sectors including agriculture, manufacturing, social sector, healthcare, education, etc.
b) From existing tier 1 cities to tier 2 and tier 3 cities including semi-urban and rural areas, i.e. a more inclusive ecosystem.

Though the numbers stated above look very impressive and indicate a great beginning, India still needs to cover a lot of ground to achieve the bigger objectives. On the ecosystem front, a quick analysis of the data reveals that the success stories are clustered around a few Tier 1 cities. Bengaluru, Delhi & NCR and Mumbai accounts for around 60% of the startups (NASSCOM Startup Ecosystem Report 2018), followed by Chennai, Hyderabad and Pune. As per DIPP Startup report 2018, out of the 14,600 registered startups, West Bengal accounts for 417 startups and the total startup count for the 8 North Eastern states is 136.

The sectoral distribution of the funded startups is also skewed towards the digital / technology sector and a very small percentage is product startups. It seems the movement has not yet spread to the core sectors like manufacturing, agriculture, affordable healthcare, rural education and social sector which impacts the lives of more than 80% Indians and has tremendous potential to create livelihood. We are yet to experience the far-reaching impact that the startups have been able to make on the socio-economic fabric of India. According to the United Nations Development Programme (UNDP), India is positioned at 130 out of 189 countries in the HDI (Human Development Index) rankings. The Human Development Index (HDI) is a summary measure of average achievements in key dimensions of human development: a long and healthy life, being knowledgeable and having a decent standard of living. India’s HDI score improved from 0.427 in 1990 to 0.640 in 2018. But it’s still lagging behind the better performing nations as the ranking has not moved much. This data implies that India needs to encourage startups to come up with innovative solutions to our socio-economic challenges and positively impact a large number of people. NASSCOM Startup Ecosystem report 2018 mentions that there are only 400+ startups solving India-first social challenges. But the good news is that this segment is growing at a healthy rate of 23% YoY.

As per the Startup India National Ranking, West Bengal and all the North Eastern states are Aspiring Leaders (around 50 percentile) or below category. The region doesn’t figure prominently in the national entrepreneurship radar in most of the discussions and reports. Does it mean that startups or innovation is not happening in this region, or are we missing something?
The general perception is that this region has a risk averse, safe, and secure job seeking culture, which does not offer much societal support for the aspiring entrepreneurs and also that the startups are concentrated around the state capital cities only. In 2015, a very interesting experiment was conducted by the West Bengal Government to understand the willingness of youth to pursue entrepreneurship and bring about a change in the mindset of people towards entrepreneurship. A TV Reality show on entrepreneurship was conceptualized in association with IIM Calcutta Innovation Park (IIMCIP), a first time in India. The expectations were low, but the outcome was mind boggling. District level outreach was done to create awareness and motivate youth to share their business plans and in about a month’s time, around 1500 applications were received out of which almost half were from districts. The entrepreneurs from Tier 2-3 cities, following a bit of mentoring and handholding, performed at par with their peers from Kolkata. Most of them worked on innovative and scalable solutions which are relevant for society and have potential to create a positive socio-economic impact in the state. The interesting fact is that out of the 40 finalists, 40% of the startups are still surviving after 4 years and 20% have raised seed funding and scaling up. The statistic is comparable with the best performing ecosystem.

In 2017-2018, a national level initiative called “Smart Fifty” (initiative of DST, GoI and IIM Calcutta Innovation Park) was organized to identify solutions that can transform India. The program aimed at reaching out beyond the Tier 1 cities, to the semi-urban or rural areas and identify grassroot level social innovations. The response was overwhelming and it turned out to be the biggest startup hunt in India till date. Around 15,000 aspiring entrepreneurs from across the country applied to the contest. The regional distribution was almost uniform and a good percentage of plans came from Tier 2-3 places. This proves that potential exists everywhere. We need to be proactive, reach out beyond cities, identify the hidden gems and put effort in polishing and enabling them to shine.

A closer look at some of the North Eastern states reveals interesting outcomes. In Mizoram, the first and second state level Business Plan contest in 2017 and 2018 received 280 and 320 startup proposals respectively. Considering the state population of only around 11 lakhs, the participation percentage in proportion to the state population is higher than even the best performing startup ecosystems. The first edition of Assam Startup contest received 1000+ plans, out of which 52 are getting incubated at the state incubation center in Guwahati. The Startup Manipur initiative by the state Government is also getting good response from local ecosystem and has catalysed the formation of a local angel investment network as well. In all these cases, the growing aspiration among the youth and the potential of grass root level innovation is extremely encouraging. Hence, there is no dearth of entrepreneurial talent in this region. It needs more district level outreach, awareness building and mentoring with active support from the state Government.

One may be interested to learn about the kind of startups emerging from the region. Analysis of the last 4 year’s data from the region reveals that the characteristics of this ecosystem is quite different and unique compared to the popular startup destinations in India. Though one can find majorly the digital or tech-focussed startups in the state capitals, in the districts, however, it is a different story. The startups there are trying to solve some of the big needs in the domains like agriculture and food, animal husbandry, affordable healthcare, quality education, tourism and handicrafts. These businesses are more ‘grounded’ with brick and mortar components, leveraging technology as enabler and have huge potential to create livelihood.
Kalyan Koley, a boy from Singur has mastered the method of Artificial insemination to revive the black Bengal goat species, which is considered as the “poor man’s ATM”. The startup is not only operationally profitable from day one, but has also created livelihood opportunities for 1500+ rural women who work as self-employed AI applicators and impacted lives of 1.5 lakh goat farmers.
Sunandan from Nadia left his secured job and teamed up with Tushar to solve a big challenge faced by small fish farmers – deterioration of quality of water in ponds and poor productivity. Their magic organic formula can auto-clean ponds in 7 days and significantly improve fish productivity by catalysing steady planktonic growth. Till date, the startup has helped several hundred fish farmers in West Bengal and Assam to increase their income.

Prantik and Sandip, two young graduates from IIEST, decided to opt out of placements and pursue their dream project on inflatables. In the last 3 years, they have churned out a number of innovative products that include trash boom for waterbody cleaning, flexible biogas storage and modular fish tanks. They have created 650+ rural entrepreneurs who implement the products.
One very interesting case of reverse flow of a startup from Bangalore to Kolkata is 5-C Network. Originally a Bangalore-based teleradiology startup, incubated at IIM Calcutta Innovation Park, 5 C Network identified the Eastern region as a big potential market for its solution. Focussed on Tier 2-3 cities, the startup is doing 50K scans per month with 40% traction from West Bengal.
A big success story in the impact startup space is Bihar-based Dehaat, a platform providing end-to-end agricultural services, both on demand and supply side, impacting lives of 1 lakh farmers. Recently, both Dehaat and 5 C Network raised pre-series A / series A rounds of Rs. 50 Cr+, proving that social enterprises can be venture fundable as well.

The North East ecosystem is also dominated by this type of impact-focussed startups. Dr. Dayanand Metei from Manipur started Mediline right after his college with a passion for addressing the gap in healthcare services for common people. His ambulance aggregation service and home nursing and medical equipment rental services have scaled up fast and the entrepreneur is currently clocking Rs. 20-25 lakhs per month. ChaloHoppo, a travel startup founded by four young entrepreneurs from Assam, focuses on delivering the unique North East experience to tourists around the world. They partner with the local communities and engage the unemployed local youth to curate a magical experience, thereby generating livelihood opportunities. Dhrubajyoti Deka, fresh out of college, wanted to take North East’s rich tradition to the rest of the world by digitally connecting the producers (artisans, weavers, designers and traditional food makers) with the consumers, thereby creating a steady source of income for the community. Ramdinmawia from Haulawng village of Lunglei district, Mizoram is utilizing indigenous knowledge to develop various innovative products from plants and bamboo extracts that are used as organic pesticides by farmers and natural medicines for various diseases affecting domestic animals. Lalhulupuii from Aizawl has identified the tremendous potential of aromatic and medicinal herbs that grow in abundance in the hills of Mizoram. She has involved the tribal community in gathering the herbs and extracting the aromatic oil that has a huge demand in the cosmetics and pharma industry.

Based on the facts, we can conclude that though West Bengal and the North East do not figure prominently in the various startup reports, some good action is happening silently at the ground level. Some of the startups are working on local challenges, hence they may not scale beyond the boundaries of the state. But they are very much relevant for the states and have the potential to create social impact. All they need is a bit of mentoring, connects and access to funds. The state Governments must pitch in to nurture these early stage innovative enterprises. This region may not have produced the billion dollar unicorns, but has tremendous potential to create social unicorns that can impact the lives of a billion people.