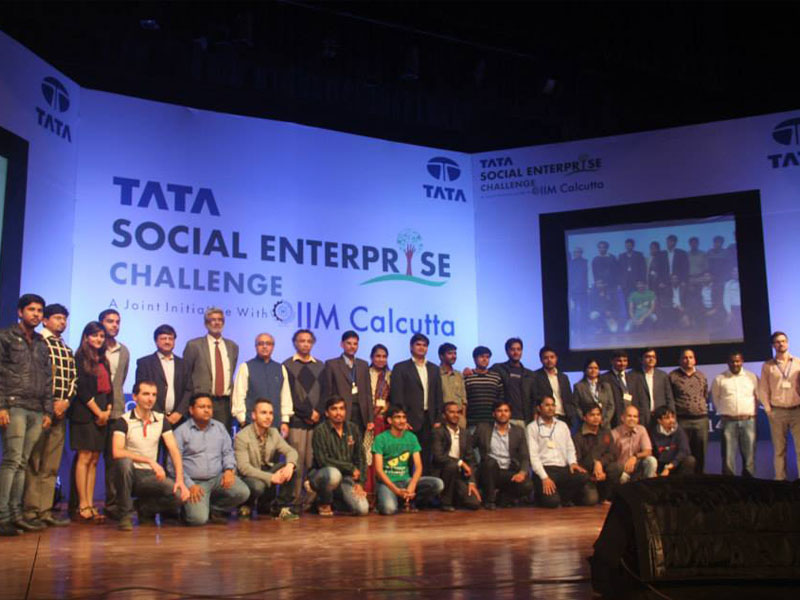 The second edition of the Tata Social Enterprise Challenge began in November 2013 with Impact Proposals (detailed Business Plans) being invited in the areas of agriculture, food and dairy, healthcare, water and sanitation, technology and development, education, housing, handicrafts, energy and microfinance/financial inclusion. The last day to submit the impact proposal (business plan) online was 21 November 2013.

This year’s edition attracted over 160 entries from across India and Bulgaria, showing wide interest in the area of social entrepreneurship.

The challenge included special session by Dr Harish Hande, co-founder and MD, SELCO India and Shankar Venkateswaran, chief, Tata Sustainability Group. There was also a one-day themed workshop organised between the semi-finals and finals of the challenge. The workshop was not only for the participants but also to other social entrepreneurs and people with a general interest in the social enterprise sector.

The winners of the contest were announced during the grand finale which was held on 17 January 2014 at the IIM Calcutta campus. MicroXlabs (winner), Bodhi Health Care (first runners-up) and Green Agrevolution Pvt Ltd (second runners-up), emerged as the top three most promising social ventures, winning prize money of Rs 1.75 lakh, Rs 1.25 lakh and Rs 1 lakh, respectively.