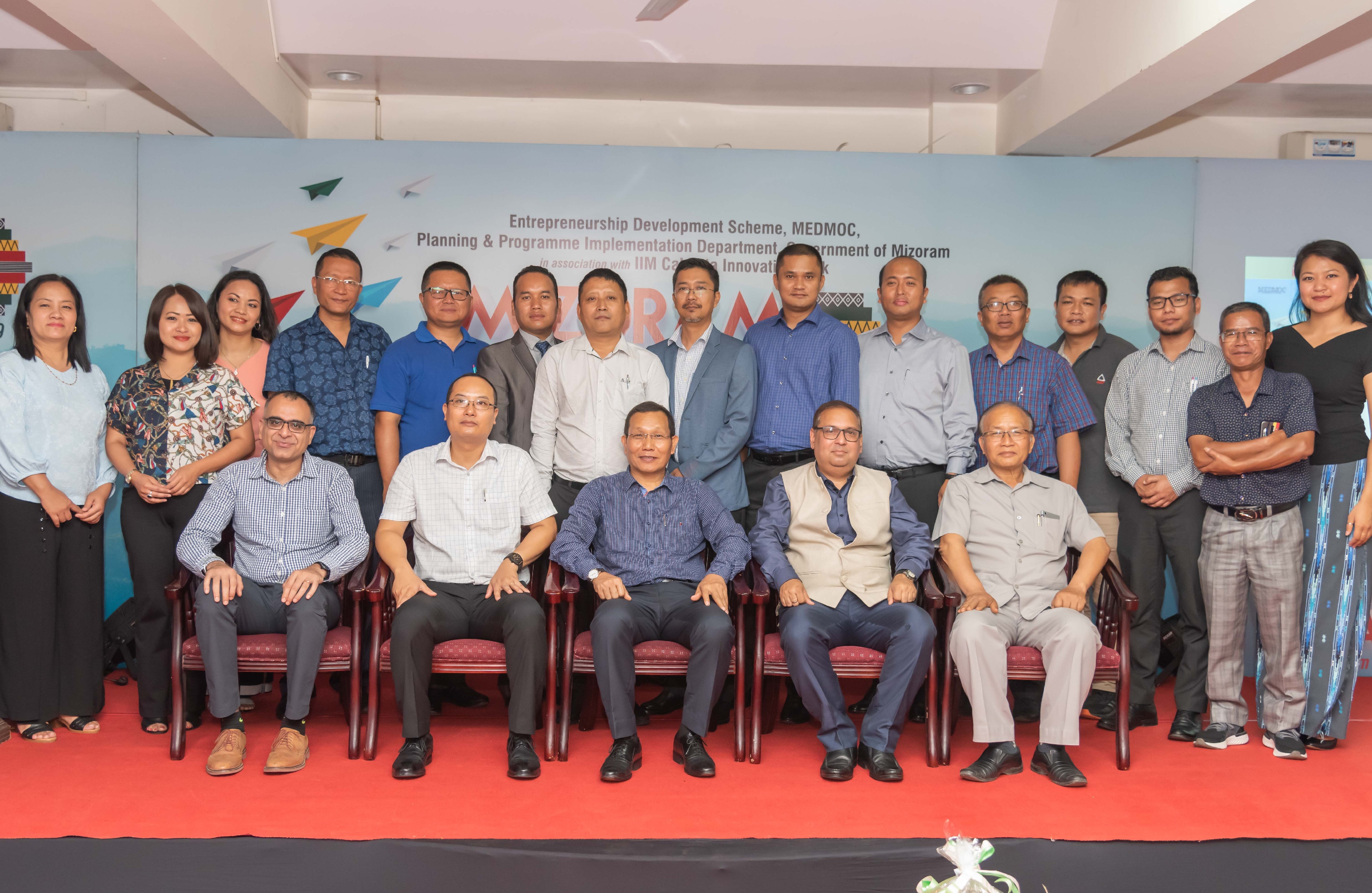 IIMCIP has partnered with the Mizoram government to launch the third edition of the biggest B-plan contest in the state. It was inaugurated by the chief secretary of Mizoram Lalnunmawia Chuaungo in Aizawl on 17th June 2019 and the event was attended by over 200 budding entrepreneurs. IIMCIP through this initiative aims to nurture the start-up ecosystem and promote entrepreneurship in the state by mentoring the young minds and connecting them with their desired markets as well as venture capitalists. 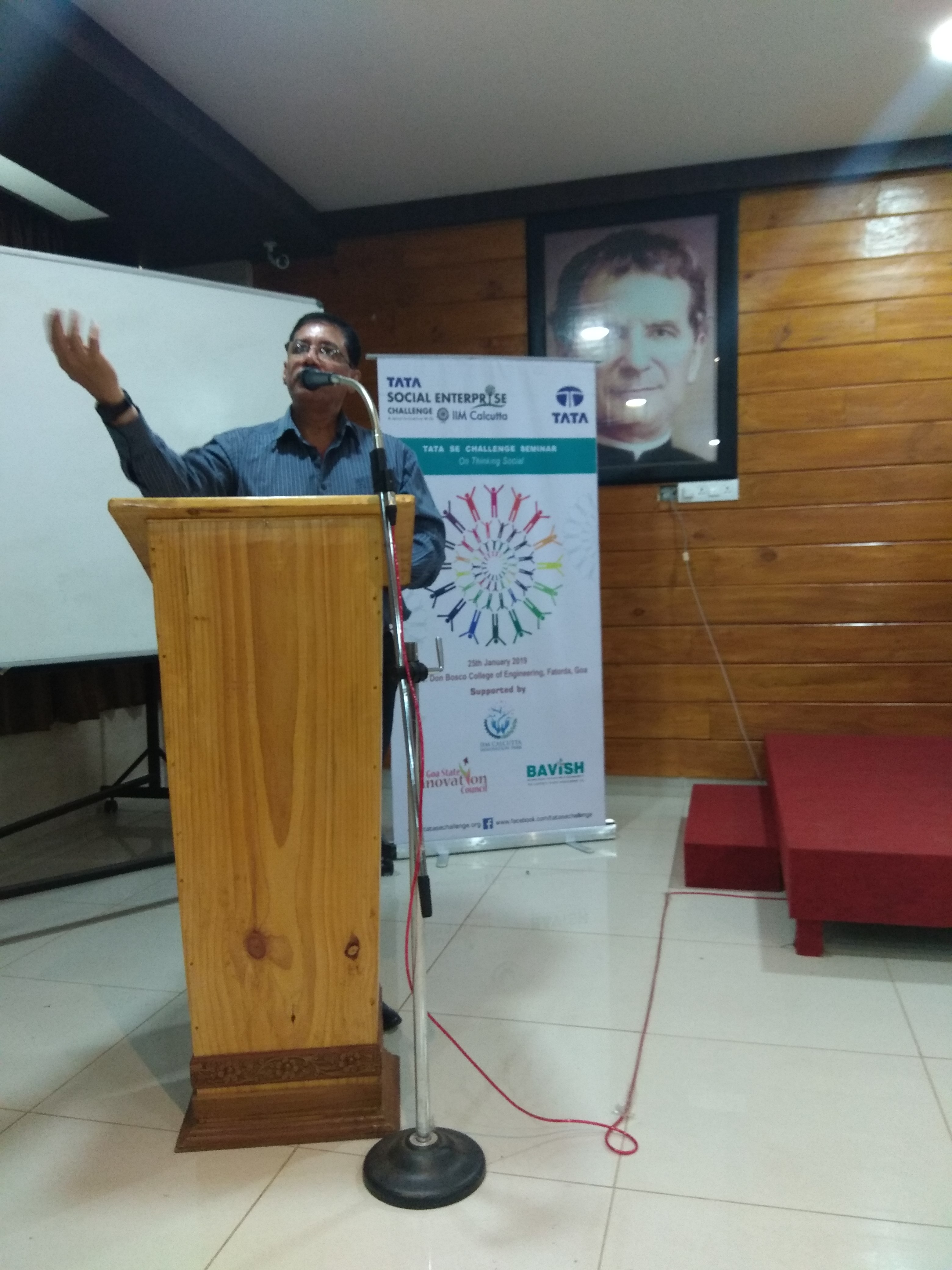 IIM Calcutta Innovation Park organised a one-day “Thinking Social” seminar at Goa in association with Goa State Innovation Council on 25th January, 2019. The primary objective of this exercise was to build awareness, interest and desire to engage with the Social Enterprise Ecosystem amongst the aspiring entrepreneurs and start ups who were about to embark on their entrepreneurship journey soon. This seminar series introduced the budding entrepreneurs to the concept of social entrepreneurship in the rapidly evolving global economy. 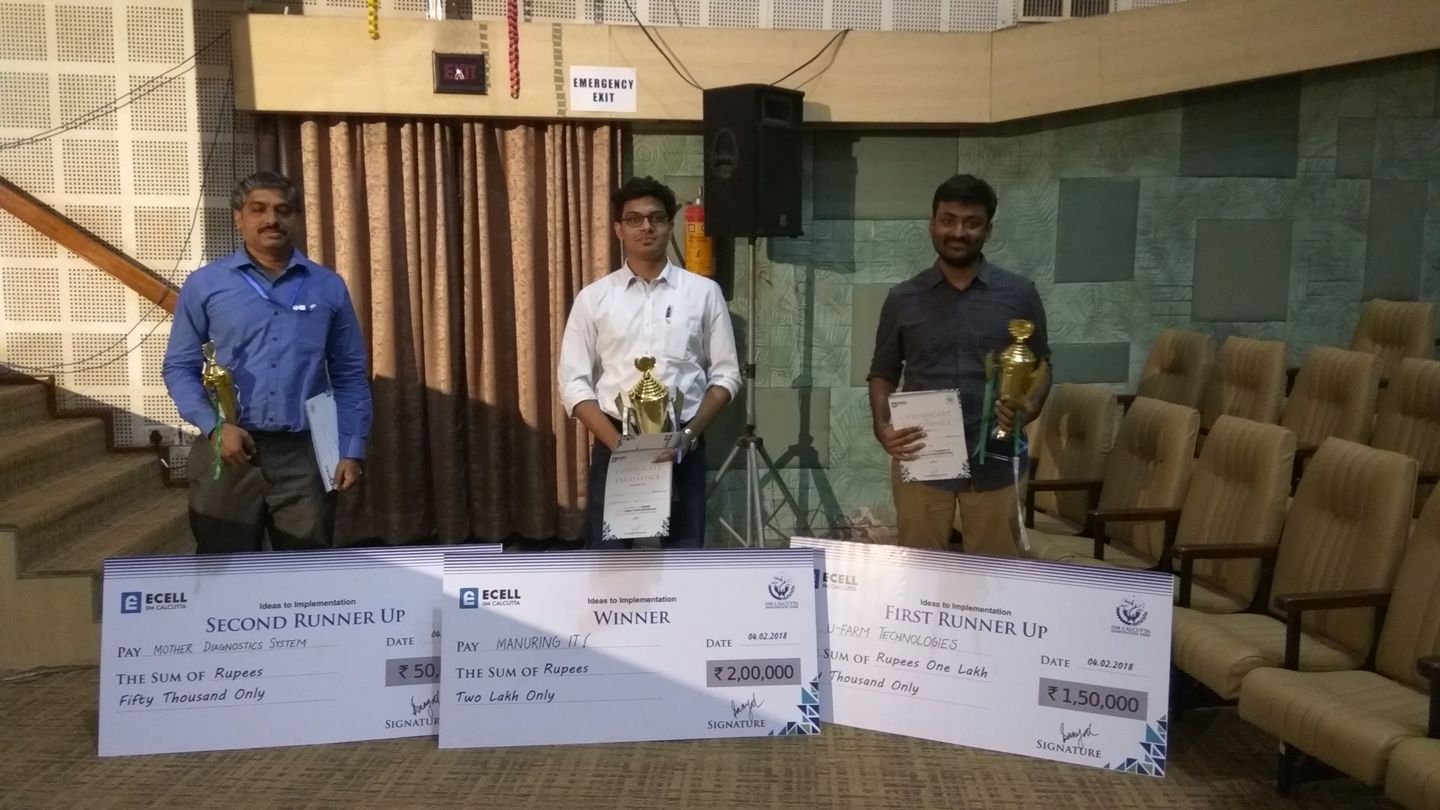 The E- Cell, IIM Calcutta in association with IIM Calcutta Innovation Park (IIM CIP) organised its flagship event – Ideas to Implementation (commonly known as i2i) 2018. The I2I business plan competition was a practical learning and implementation platform for aspiring entrepreneurs and proved to be a tough decision for the judges as they wracked their brains to decide on the winner out of 19 participating teams, all of which had come up with mind blowing business ideas that would yield great results if implemented.

The judges for the competition were Mr Subhrangshu Sanyal (CEO IIMCIP) Mr.Sagar Daryani ( Founder Wow-Momo) Mr. Ambarish Murty ( Founder- Pepper Fry) and Mr. Aloke Mukherjee who finally came up with three names who would turn their Start-up dreams into reality based on Social Impact, Innovation, Business Model, Revenue Model & Sustainability, Leadership and Team.
The winning team, Manuring It! came up with a brilliant idea of developing a digital platform which will calculate in real time and match the farmer’s land input and output cost with the average of other farmers of the same area; with a standard farmer practicing sustainable agriculture and with
government’s projections and history of the crop value and demand. The information or the latching score will enable the farmer to know if he/she is under using or overusing the farm inputs. They have already started post revenue phase with equipment lending and insurance model. The digital platform will be patented and can host data of 1 million farmers in real time.

Initiating the event, Mr. Subhragshu Sanyal, the CEO of IIMCIP threw some light on the issue of ‘Going Sustainable’ as it is a cause of global concern and point of discussion among many of the who’s who of the industry. He highlighted on the importance and heritage of this Summit and how it impacts the thought process of the attendees because of the excellence with which the course of events is carried out to be deciphered by the audience.

The stalwarts who were present as speakers in the Summit to put forward their expert opinion around the subject of sustainability were Mr. Utkarsh Amitabh, Microsoft – Business Development; World Economic Forum Global Shaper (Davos50); Founder – Networkcapital.co. followed by Vinay Jaju , Founder , Onergy and Ambresh Murthy, founder of Pepperfry.

IIM Calcutta once again retained its reputation of fostering and motivating young minds and nurturing their talents irrespective of their background. 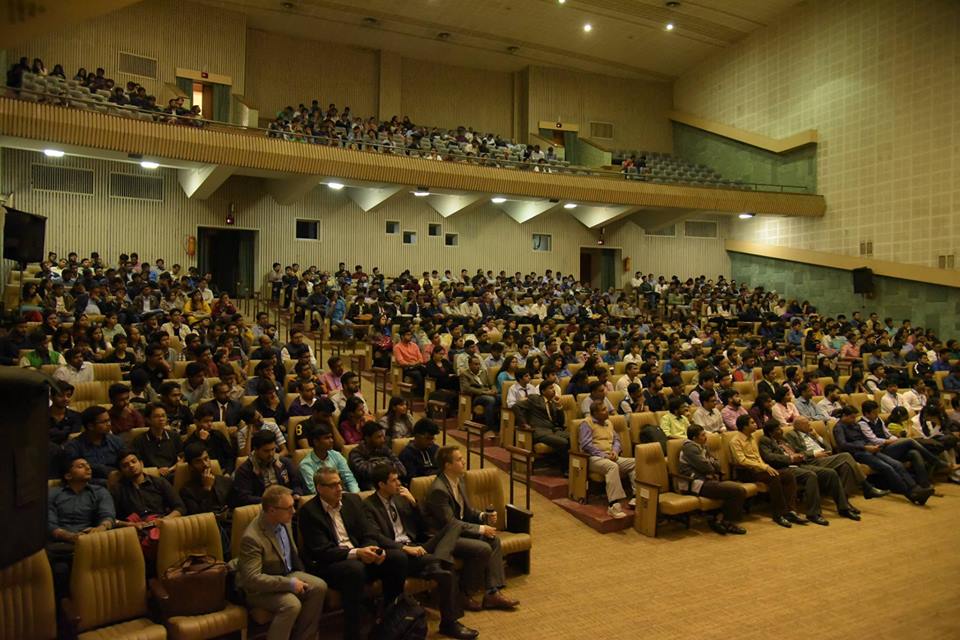 The 10th International Entrepreneurship Summit was conducted at the IIM Calcutta campus on 5th February 2017.
The conclave was inaugurated by Prof Ashok Banerjee, Director, IIM Calcutta Innovation Park. 600+ students and entrepreneurs from the local region attended the event.

Mr P. P Sengupta, Chief General Manager, SBI was one of the chief speakers of the day. He shared with the audience, a banker’s perspective in creating an investable business.

The audience also had the golden opportunity to hear Dr. Kanchan Gaba, Chairperson, International Institute for Self-Reliance, share her experiences which was praiseworthy and highly motivating.

This was followed by the ‘Grill’ where 10 entrepreneurs from the eastern region of India pitched their startup ideas to a panel of Investors.

We were fortunate to have with us Mr. Jayesh Parekh, Managing Partner, Jungle Ventures & Co-Founder, Sony Entertainment Television, share his journey as an entrepreneur.

We also had “Idea Village” where innovative start-ups showcased and promoted their products and services in exhibition stalls.

The evening closed with the announcement of the top 10 teams of Ideas to Implementation and, lighting of lantern by the audience. 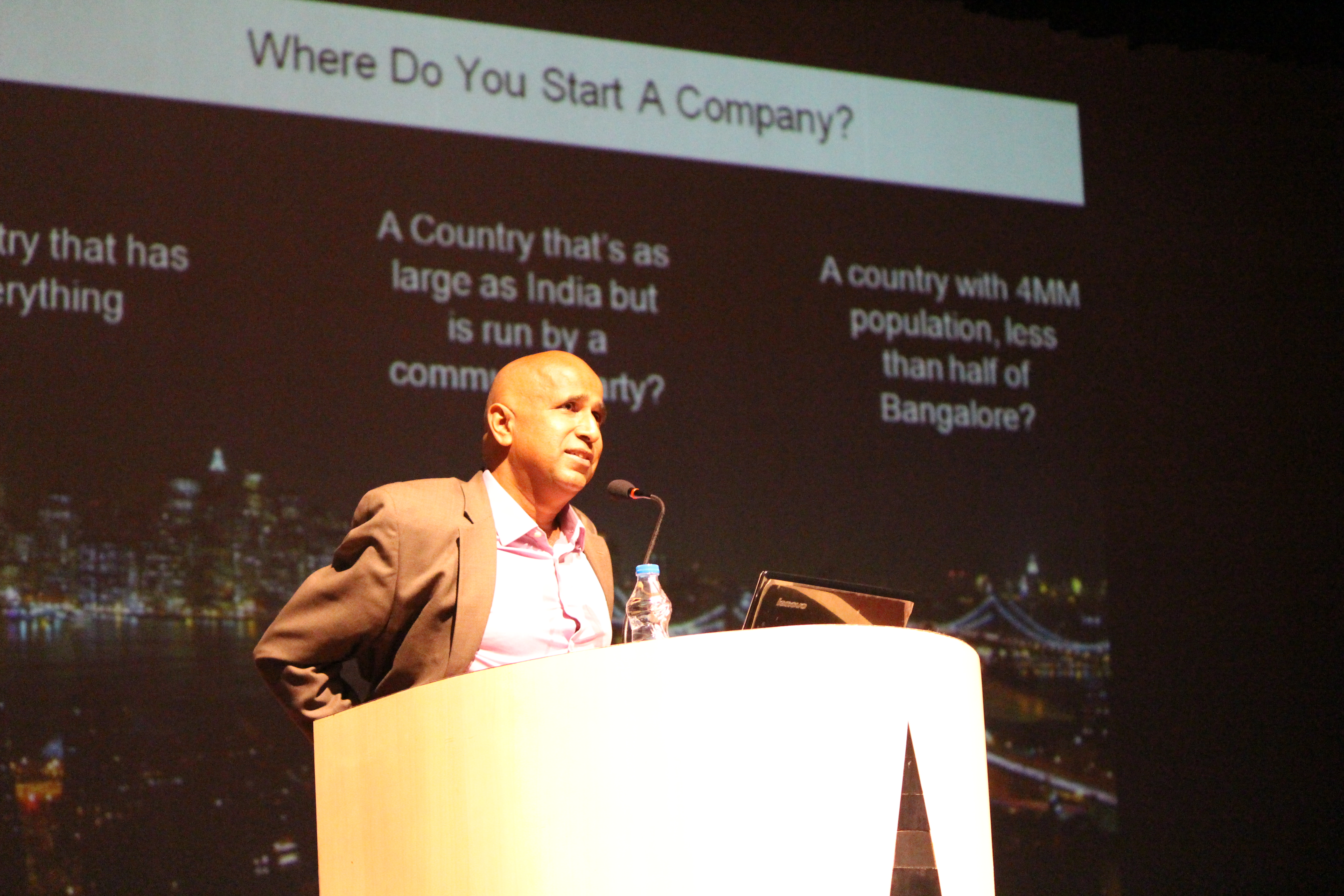 The 9th International Entrepreneurship summit was conducted at the IIM Calcutta campus on 6 February 2016.

The session was inaugurated by Biju Paul Abraham , Dean – Academic, IIM Calcutta. 500+ students and entrepreneurs from the local region attended the event.

Mr Krishnan Ganesh was the key note speaker of the day. He inspired the audience by sharing his journey about he achieved success even after many failures.

The Third session called – Innovation in Business – had 2 speakers Koushik Nath, VP of CISCO systems engineering and Rajesh Singhal from Brand Capital. This was followed by “The Grill” where 10 entrepreneurs from the local region pitched their startup ideas to a panel of Investors comprising of representatives from – IvyCap Ventures, Unitus Seed Fund, Calcutta Angels and Brand Capital.

We also had an “Idea Village” where innovative start-ups showcased and promoted their products and services in exhibition stalls. University of Engineering and Management, MCKV Institute of Engineering, Swami Vivekananda group of Institutes and Egiye Bangla teams showcased their products. The evening closed with the announcement of the top 10 teams of Ideas to Implementation and lighting of lantern by the audience. 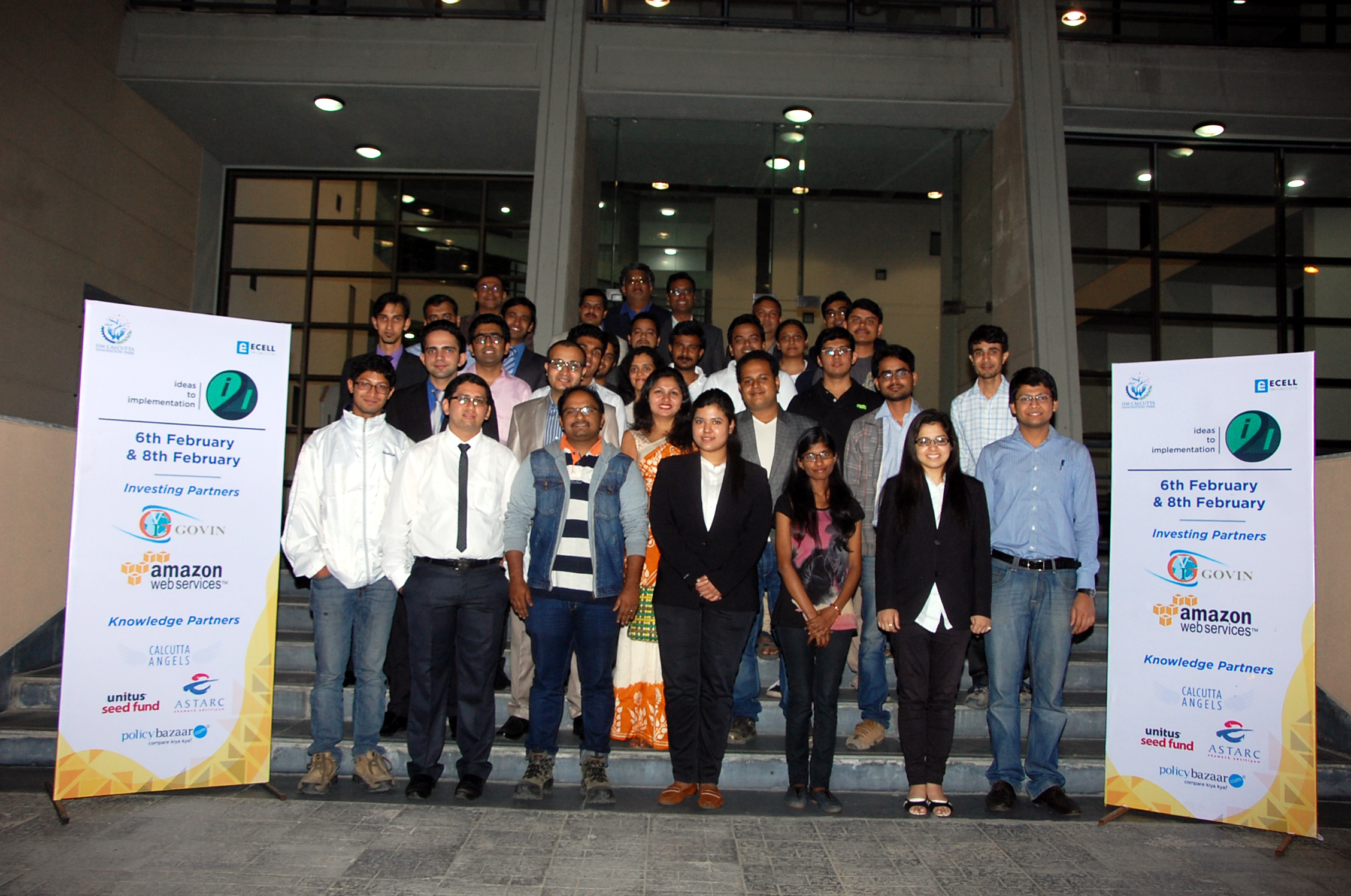 The event invited visionaries and renowned entrepreneurs across the globe to share their experiences and knowledge in fields of expertise.

The event aims at bringing together our students, alumni, established entrepreneurs and academia to foster the spirit of entrepreneurship. Over the years, E-Summit has fostered inspiration, skills, ideas and networks with its rich line up of guest speakers and this year is no exception. Students from various management schools of Kolkata participated to learn nitty gritty of starting a venture. This year the focus was on Entrepreneurship as a whole, and ways to develop skill set among individuals to start up any field of their liking. Unorthodox entrepreneurs who came from various fields like fashion, movie, food, legal, venture capitalist etc were invited.

Mr. Deepak Jalan, MD of linc pens was the key note speaker who spoke on ‘Opportunities for young entrepreneurs’. Mr. Praveen Sinha, Founder of Jabong, talked about creating an e commerce brand of your own. Famous motivational speaker Mr. Akash Gautam received a standing ovation from crowd for his session on ‘Lag gai: How we screw our lives’.

Workshops on ‘Legal issues of startup’ by Pankaj Jain, Rishad Madora, Barnik Ghosh, ‘Financial aspect of start ups’ by Pritimoy Chakraborty, Sagar Daryani , ‘Marketing for start ups’ by Dheeraj Agraval, Swarup Ghosh were very insightful for every budding entrepreneur and were appreciated by all the participants.